This is an update/revision of a blog I wrote back in 2012. 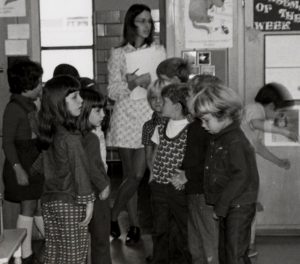 Thinking long and hard I wrote, “I plan to write a children’s book.  In ten years I see myself as a children’s author.”  That dream did not come true.  For ten years later, I was the mother of a toddler with another baby on the way.  What I had done was tell stories to my second grade classes and obtain my master’s degree with a dual emphasis on library and media.  But still I wanted to write.

My children grew.  The volunteer task of holding the Preschool Storytime at our public library was offered.  It was fun, I told stories, learned finger plays and silly songs.  All the children loved what we did and I became a minor local celeb.  But still I wanted to write.

During my children’s birthday parties, I told stories to them and their friends.  Consequently one of those former kids, as an adult, asked for storytelling guidance!

My children grew.   They started school.  Then I obtained a position as secondary librarian in a nearby school district.  I taught students how to find information.  Using Billy Joel’s “We Didn’t Start the Fire,” allowed us to introduce research in a fun way starting the freshmen on the road to scholarship.  The middle-schoolers learned research through History Fair and Science Fair.  And I introduced storytelling to these students, who loved it.   But still I wanted to write.

My children grew.   They entered secondary school.  I became the elementary school librarian.  At last I was back with children’s literature!  In three elementary school libraries, I told stories and read the latest new books to children ages four through eleven.  And I taught them how to find information.  Soon the internet entered our lives – email, lots of information at our fingertips.  But still I wanted to write.

My children grew.   They attended the colleges of their choice, graduated and started their own lives.  Now I was working only with fourth and fifth graders.  I still told stories and read new books to the students.  We learned research skills by making science booklets for the kindergartners and first graders.  The internet grew more sophisticated.  So the students and I together learned how to sift through the myriads of stuff to find just what we needed.  The principal directed me to help with the gifted and talented program.  My partner and I worked on reading, poetry, math, science, computer skills and storytelling.  The storytellers told their stories to the kindergartners and first graders and learned the joy that comes with sharing a story well-told.  But still I wanted to write. 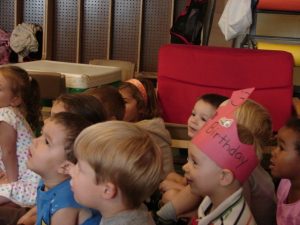 My children grew.   One started a family of his own; the other traveled around the world.  I retired and was privileged to spend nine months with my grandsons – singing songs, reading books and telling stories.  The oldest had his public debut while singing a story song with me to a group of other children and their parents!  And I was writing! 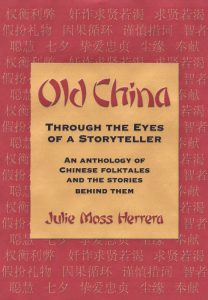 Following a trip to China with other storytellers and my daughter where we collected and shared stories, I began to research the story-gifts we had been given.  I told them and worked those stories into versions of my own.  I wrote the stories down and changed them as they changed with the tellings.  There were workshops about writing and books to read about publishing.  Then, oh then, I was ready to find a publisher.  Query letters went out, and my friend and fellow-traveler, Judith Heineman, introduced me to Ted Parkhurst of Parkhurst Brothers, Inc.  He was interested!  Eleven years ago, the finished product became available.  I did write a book, a book not only for children, but also for storytellers and story-lovers.  My Dream Came True!

Not only did I write a book, but in 2019 I released a CD of Chinese Folktales too as an audio companion to Old China through the Eyes of a Storyteller. 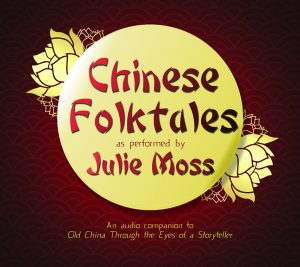 Both are available on my website, under Book & CD

Posted in Our Stories, Uncategorized