In the fall of 1918 Iowa quarantined the entire state.  All gathering places were closed.  It was unlawful to spit on the sidewalks.  During this time a Quarantine Notice was tacked to the front door of my mother’s home.  Both her father and younger sister were sick with the Spanish Flu.  The family was not allowed to go anywhere.  No one was allowed to enter their home.  My grandmother had a difficult time dealing with a sick husband and one year old who had to be quarantined within the home, as well as her two older children aged 4 ½ and almost 3.

Years later my aunt told me, “The country doctor who cared for us as children told Mother that I never got sick because I survived the [Spanish] Flu.”  And she never was sick until the end of her life.  Did the Spanish Flu save my aunt from the childhood diseases her siblings suffered through?  Maybe.  Empirical evidence seems to suggest so.

But Spanish Flu?  The flu of 1918 and 1919 did not originate in Spain as Spain wasn’t even part of World War I.  And that’s precisely how the news leaked out. 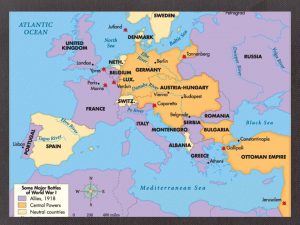 Spain was not censoring their news.  They reported more accurately about the wide-spread disease, about the deaths, about what they were doing to combat the pandemic.  In 1918, U.S. Surgeon General Rupert Blue proclaimed, “There is no cause for alarm if precautions are observed.”  Censorship laws, enacted during World War I, called for up to 20 years in prison for printing anything the government deemed detrimental to the war effort.  Reporting the true spread and death toll from the Spanish Flu was considered “detrimental to the war effort.”

How Did This Happen?

When we became agrarian people and stayed put, disease got a better foothold and epidemics became possible.  What we are experiencing right now is not new.   Death from pandemics is not new.  How we deal with mass deaths is not the same as we used to deal with the death of many people.  Not alerting the public in a timely manner is also not new.  How we communicate about this current virus – covid-19 – is new. 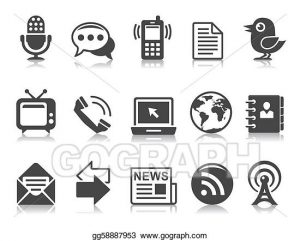 keeping the spread of the current disease at bay.

Over the years, “There is no cause for alarm if precautions are observed,” has been stated more often than we want to know.  And we still have not learned that people who know the facts are less likely to panic than those who don’t.

Yes, this will affect our economy.  But so will massive amounts of sick people and those who succumb to the disease.

In 1918, World War I raged in Europe.  Soldiers were believed to carry the disease back and forth.  They were some of the first to be stricken.  Today we all travel more and further than most people did in 1918.  Looking back just two or three months, we can see how lack of knowledge undermined the world’s ability to stem the tide of covid – 19.

Now what we need most is medical supplies and compassion, both in massive amounts.  We are learning new ways to show our compassion.  Luckily we have ways of communicating with each other that no one dreamed of in 1918.  Thank you to those early pioneers in the internet and social media, in distance learning and teleconferencing.

As my daughter says, “Be well and drink tea.”  And I would add, “Be kind to one another, keep your distance, and help out wherever you are able.”

Posted in Stories for Our Times